As a little girl, London-based photographer Ellie Davies knew The New Forest inside and out; she ran along its streams, built small hideaways, and searched for the mushrooms that lay hidden beside the ancient oaks. As with so many of the native habits of our childhoods, the photographer finds that in adulthood, the southern English wood has become foreign and mysterious. For Stars, she considers her ambiguous bond with the wild terrain by revisiting to the sites of her youth and overlaying her landscape photographs with the celestial bodies captured by NASA’s Hubble Space Telescope.

Mankind’s relationship with the wilderness, suggests Davies, is predicated on a fundamental estrangement. As we align ourselves with metropolitan life, the ties that bind us to the earth are silently severed, leaving us to relate to forest only through fictions and make-believe, through landscape paintings and folklore. The essential and prelapsarian kinship that we instinctively feel as children ebbs slowly from view, and we are left with only with the aching knowledge that we can never return.

The Hubble images that cloak Davies’s own shots speak to this irreparable divide, but they also allow for the possibility of something new. Although they separate us from the earth by millions of light years, they also suffuse our place of origin with an elusive and preternatural spirit. Davies admits that audiences either find her work joyous or foreboding, and she accepts that tension. In between the familiar and the impregnable, she finds a secret bower that is both protected and ominous. Shooting in the rain as the sun sets behind her, the artist says she can hear the falling of the leaves. 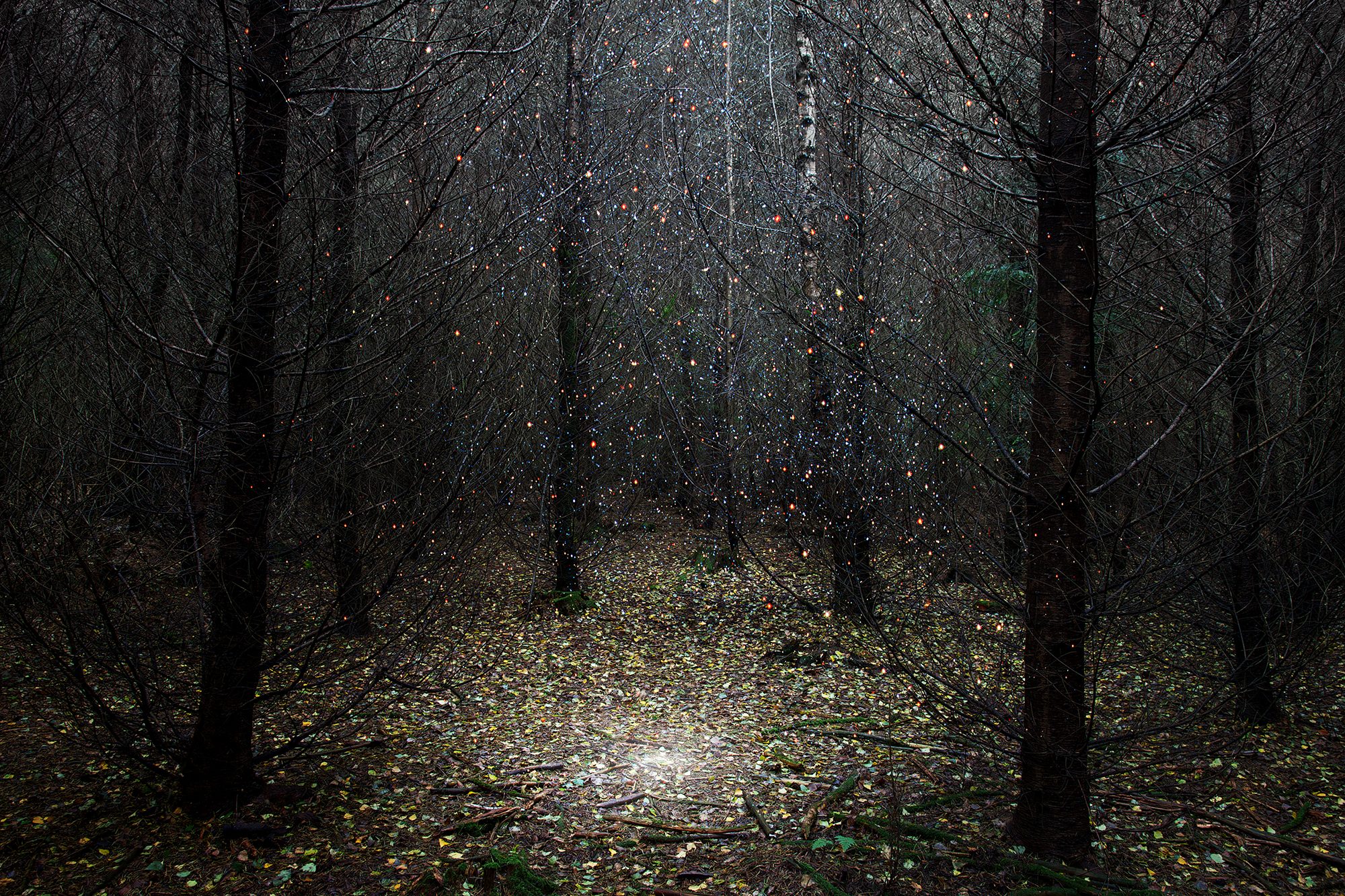 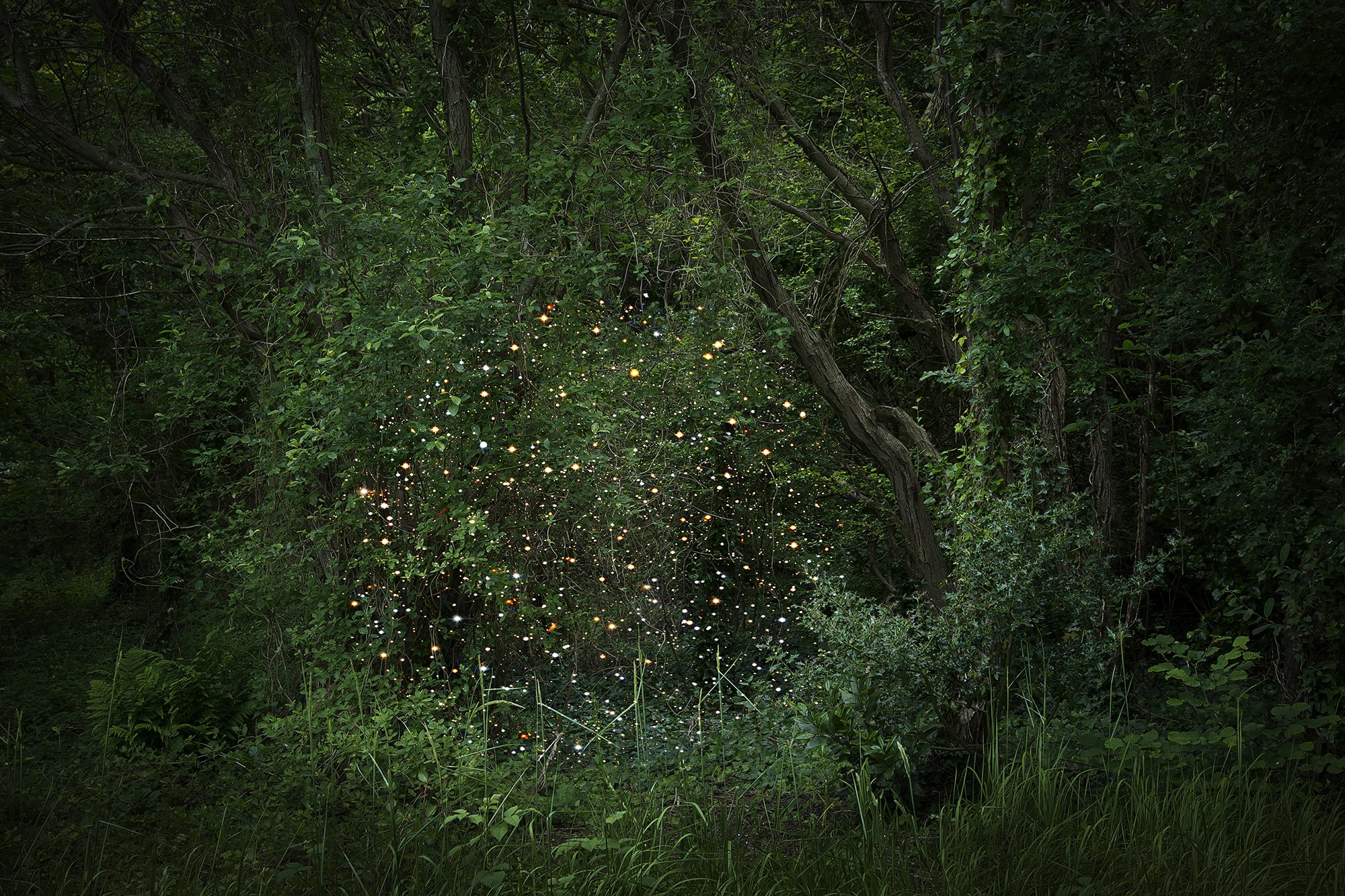 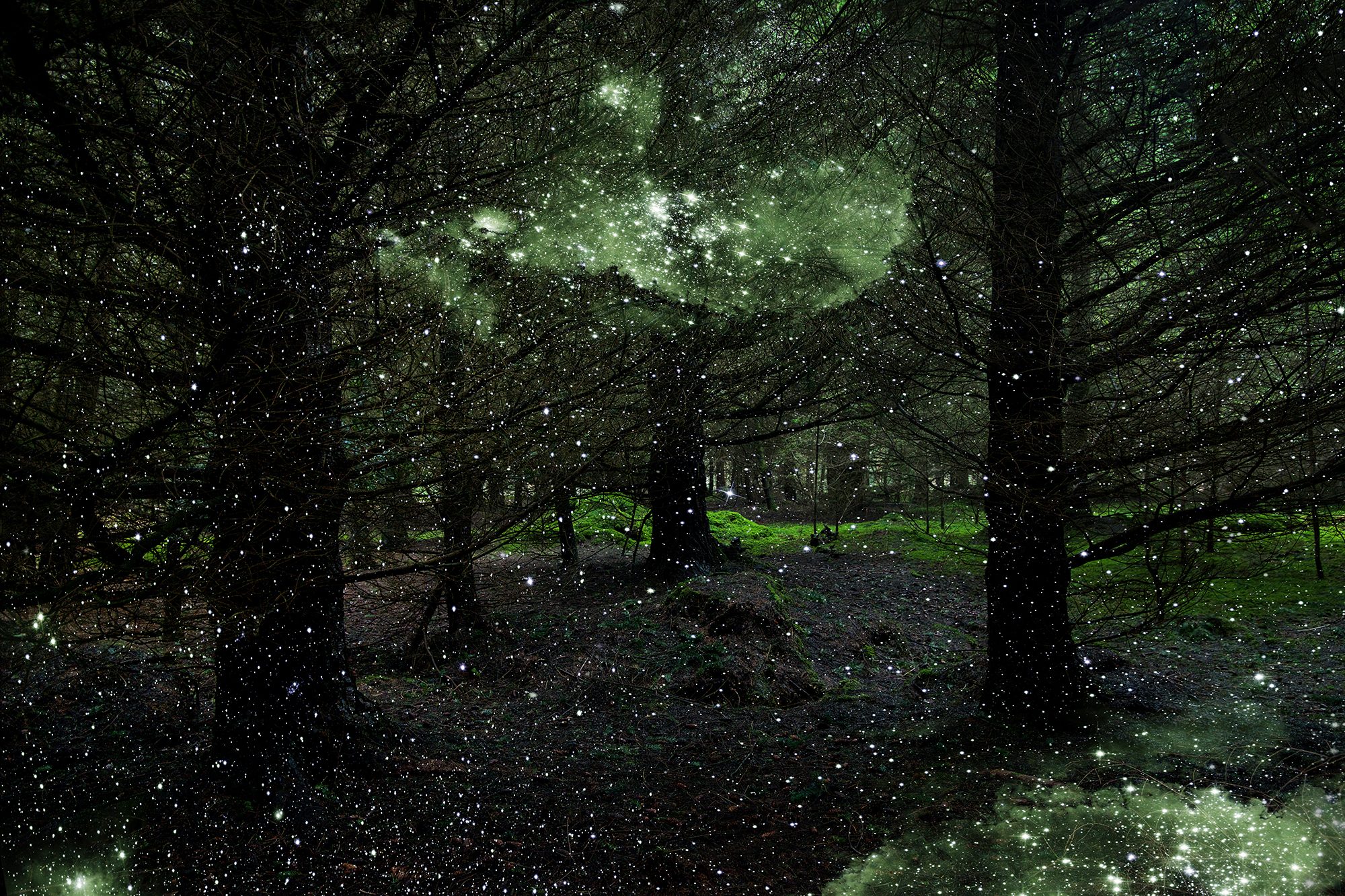 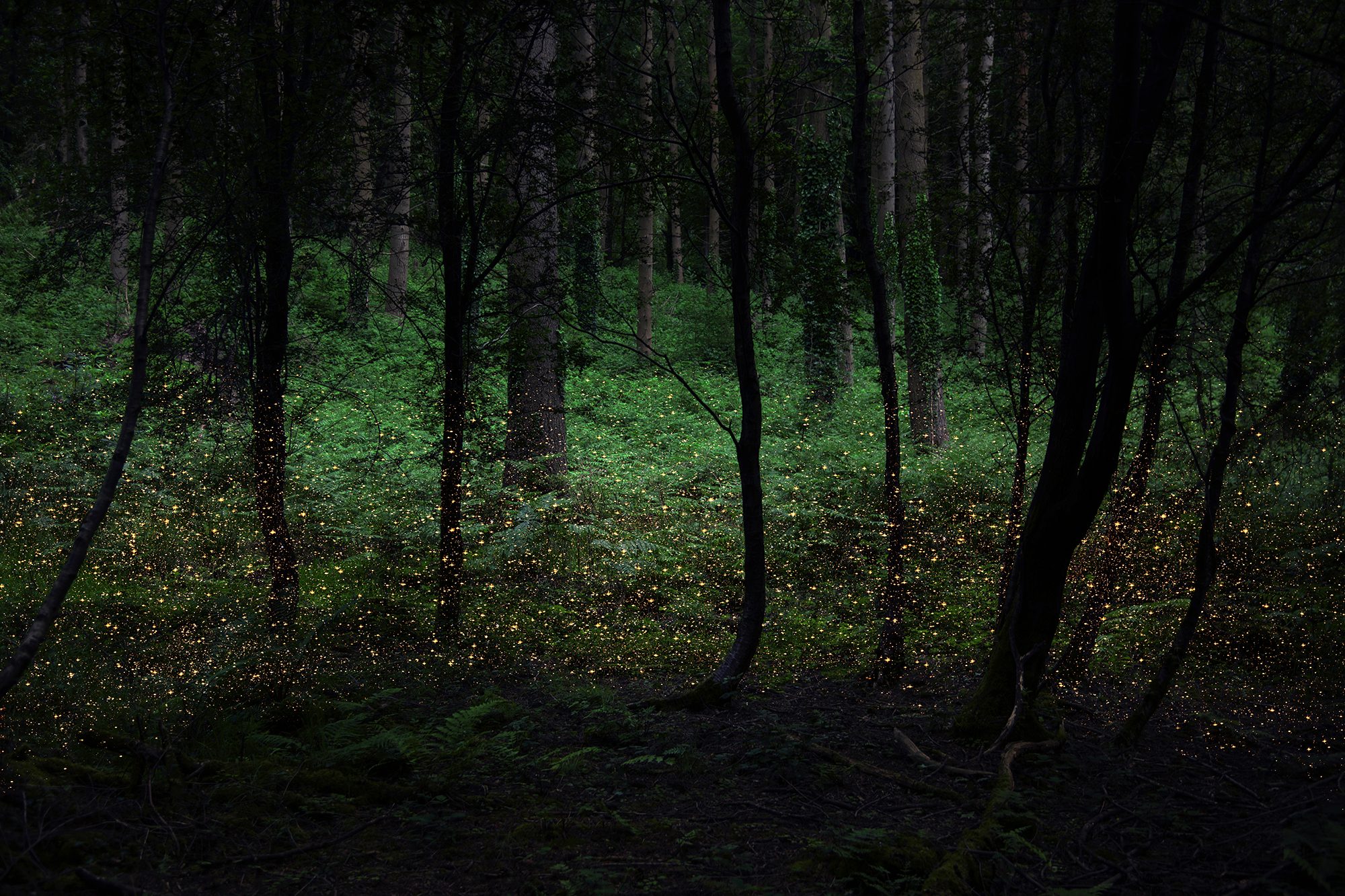 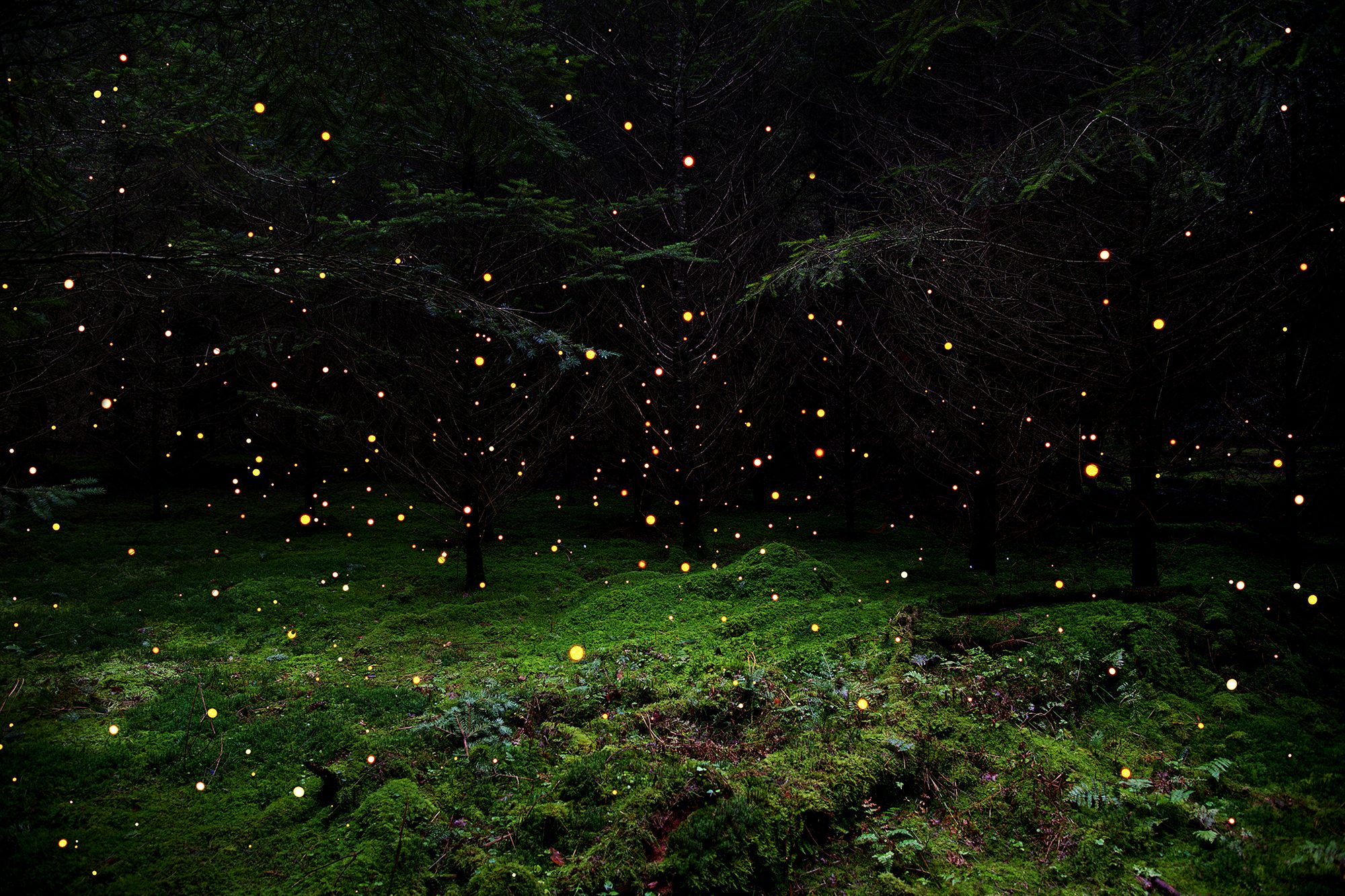 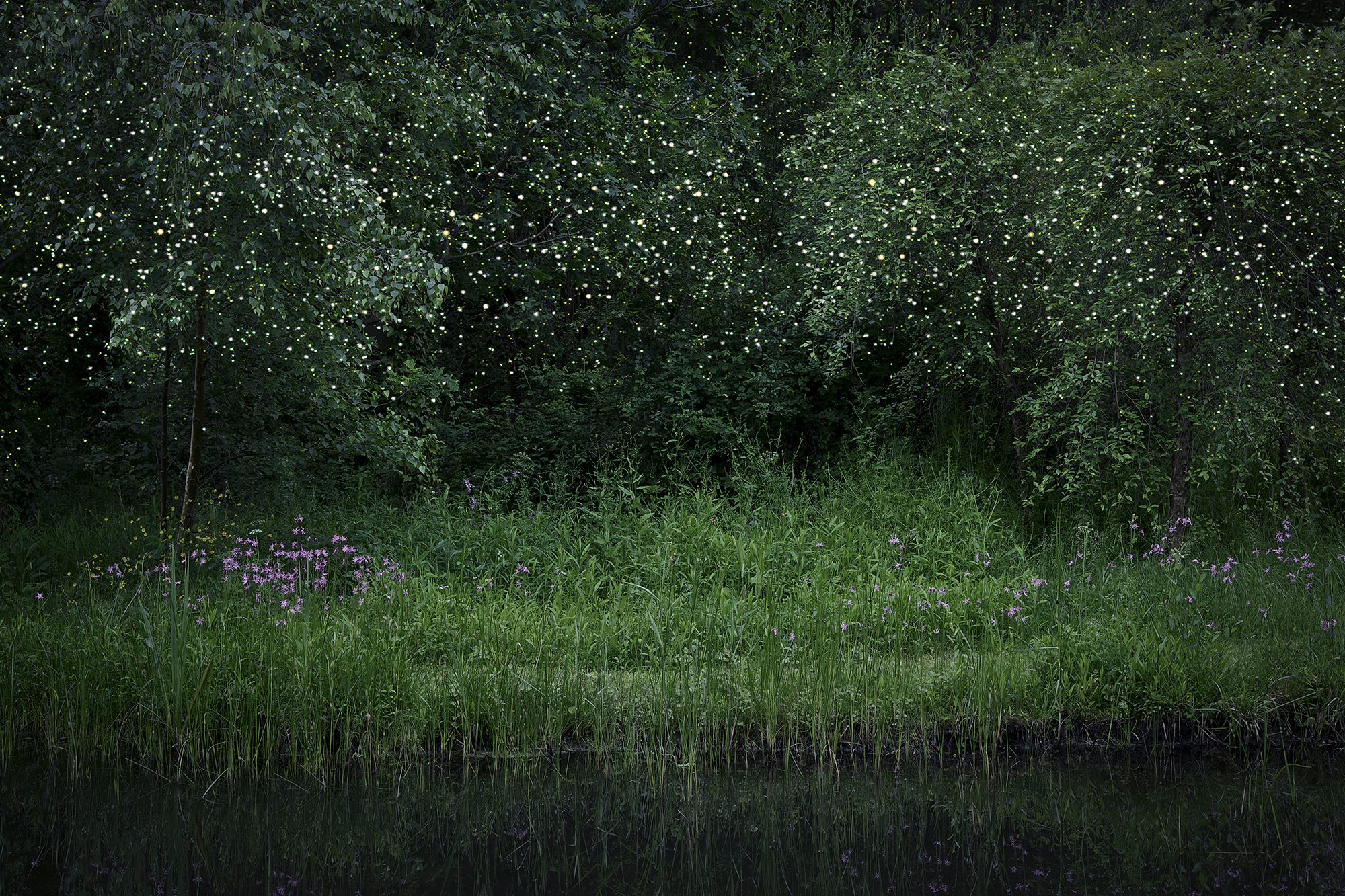 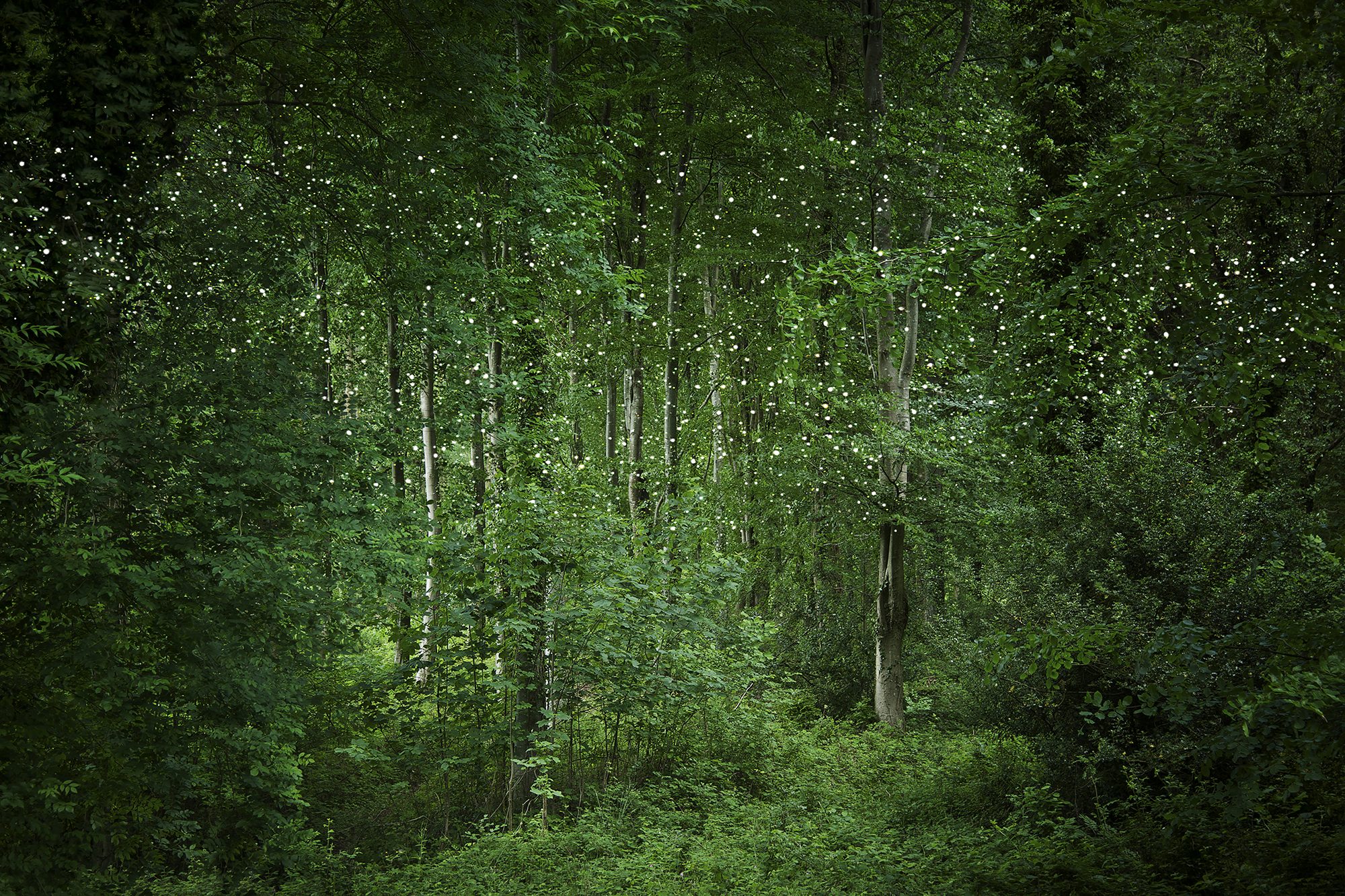 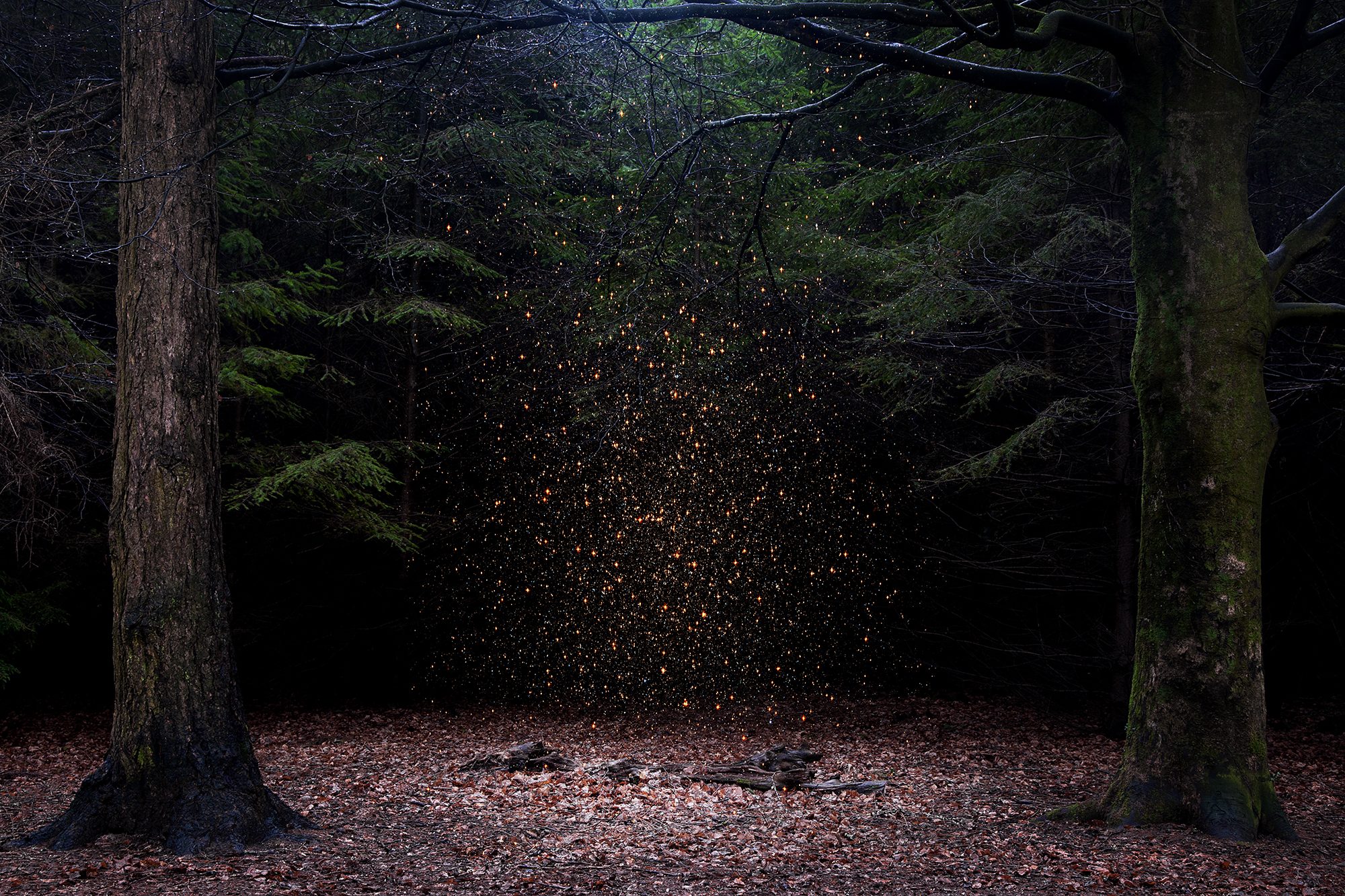